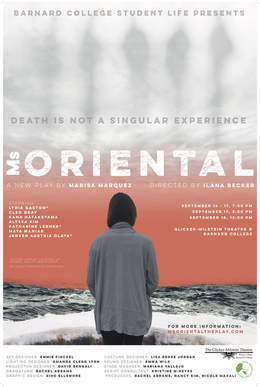 'Ms. Oriental': All Asian, Female Cast Challenges Stereotypes in New Play
by Rebecca Cheng
March 10, 2016Marisa Marquez was a junior in college in 2002 when she watched Caryl Churchill's "Top Girls" in London, a play focused on feminism in Britain during the 1980s — but, for Marquez, the play's feminism seemed to be missing something.
“I didn’t understand it because it didn’t speak to the Asian-American female experience, and what it’s like to be in the United States where we are just not represented well,” Marquez told NBC News...(more)

​For more information about the show visit www.MsOrientalThePlay.com

"An early Fave" - Martin Denton, Chief Reviewer at NYTheater.com
"THEASY FringeNYC 2013 BEST BET...Marquez's humorous script and talent as a storyteller make this solo show hilarious, relatable, and at times touching." - Adrienne Urbanski, THEASY.com
"It is truly satisfying to see both the Scarlett Princess and Marisa develop into the kind of gutsy princesses that the world needs more of."
- Josephine Cashman, NYTheater.com (Spoiler alert in the review)
"You like: Cinderella, with its re-envisioned feistier princess. Try: A Fallopian Fairy Tale, which spins around a “Disney meets ‘Girls’ children’s book.”
- Joe Dzeimianowicz, NY Daily News
"Once again come titles possibly conceived during a drunken bout of Mad Libs — “A Fallopian Fairy Tale”- Untangling the Fringe, NY Post

Review that got us published from NYtheater.com 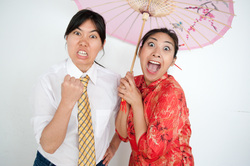 Nytheatre.com Review
by Ed Malin
August 10, 2012
"There's not a dull moment in this show, nor will there likely be an empty seat." (MORE)

'Flipzoids' explores Filipino-American experience
By Katie Spielberger
April 12, 2012
Flordelino Lagundino first came to Juneau in 2004 to perform in “The Long Season” at Perseverance Theater because, as he put it recently... (more) 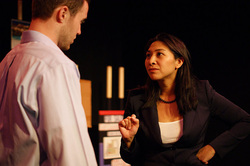 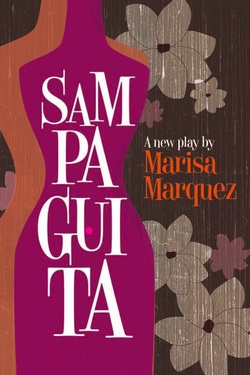 ‘Sampaguita,’ the sweet scent of creativity
By Hernan Hormillosa
Philippine News Online
July 5, 2007
NEW YORK
Sampaguita, a play written by the West Coast-bred Filipino American playwright and actress, Marisa Marquez, was one of those good things that come one's way unexpectedly.  The story centers on Joshua Timms, a humor writer (played by veteran off-Broadway actor Robb Hurst) who has lost the energy and will to live. He's depressed and feeling hopeless as a result of his wife Emily's tragic death from lupus, a fatal auto-immune deficiency disease suffered by at least 1.5 million Americans... (more) 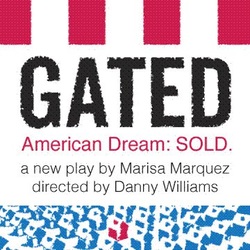 WorkShop Theatre Company Midtown International Theatre Festival Reviewed
by Robert Windeler
July 14, 2011
Playwright Marisa Marquez is on to something here, with a clever setup and worthwhile insight into her 24 characters. An overbuilt, cheesily upscale, gated housing development in Northern California's wine country provides the setting for a group of up-to-date polyglot racial and ethnic households... (more)